monti_wheeler
•
Follow
G I V E A W A Y with @ukje.baby!This week we would like to make someone very happy with a @ukje.baby item of your choice. The winner will be able to choose anything from the Ukje.com website! One lucky person will receive a beautiful, tailor-made cover for their car seat, high chair or stroller. How awesome is that?All you need to do!♡ Follow @monti_wheeler and @ukje.baby ♡ Like & save this post ♡ Tell us which item you would like to win in the comments and tag 2 others! ♡ Sharing this post in your story is sweet but not mandatory! ⠀ We will leave the giveaway running for a week and announce the winner on 5.14.2022Goodluck!*This promotion is in no way sponsored or administered by Instagram ** The winner will be chosen impartially
View on Instagram |
3/12

monti_wheeler
•
Follow
Can you spot the Great Western Divide in the last video?I can’t tell you how much I enjoyed hiking this mountain again! Not only that, this lightweight jacket from @weargraphene has built in heaters, which was perfect for the changing climate as we climbed the mountain.You can use the code Monti10 for site wide 10%off discount
View on Instagram |
5/12 monti_wheeler
•
Follow
Currently working on finding balance in work, life, parenting and personal time. Haven’t figured it out yet.
View on Instagram |
8/12 monti_wheeler
•
Follow
If your mind and body’s not right, it’s hard for the rest of your day to go well. That’s why it’s so important to take time everyday to nurture your well being.💐
View on Instagram |
10/12 Vitiligo The Newest Autoimmune Disease In Our Family

this post may contain affiliate links. please read my disclosure for more info.

For those unfamiliar with Vitiligo, (vit-ih-LIE-go) it is an autoimmune disease that causes patches of skin to lose their pigment. The immune system attacks and destroys skin cells that make pigment (melanocytes). With no more pigment left, the skin then turns milky white in color. And as it turns out, Vitiligo is now the newest autoimmune disease in my family.

The first time I saw a person with Vitiligo, I was 15 years old and traveling in India. In fact, I saw people with distinct pink/white patches on their skin pretty frequently there. However, at that time for reasons completely unknown to me now, I was under the belief that the skin condition was leprosy. Looking back, I wonder how the fuck I came up with that? But growing up in a very small, remote town, with the same 150 people for almost 15 years, didn’t provide much chance for exposure. And this was also before social media and the internet. So I guess I picked something that made some amount of sense and went with it…

A short while ago I noticed a small white patch on Rama’s skin. It was smaller than a pencil eraser and I really didn’t think too much of it. However, after a short amount of time, two new little white patches appeared close by the first. I scheduled an appointment with his doctor, but because covid rates had recently started up again, it wasn’t an in-person appointment. She looked at his skin over a zoom call and from what she could see, thought it was vitiligo. I then made a new appointment with a pediatric dermatologist. After inspecting Rama’s skin in a dark room with a blacklight, he confirmed the Vitiligo diagnosis. We were given a topical steroid ointment to apply every night before bed and sent home.

I also booked him an appointment with a specialist Dr. Pearl Grimes, who is a dermatologic expert and leading international authority on vitiligo and pigmentation disorders. However, even with an appointment, it took a solid 4 months before we were actually able to see her. At this point, we’ve had one visit with her. She prescribed 2 topicals that have to be applied both morning and night. As well as some probiotics and multivitamins. And that’s where we’re at with it. As I do with my own health issues, I strive to learn as much as I can about a subject. I’ve spent a lot of time reading and trying to understand as much as I can about this disorder. This is what I’ve learned so far.

Vitiligo is a skin disorder that causes the skin to lose its color. It affects roughly a little more than 1% of the world’s population. For reasons unknown, a person’s immune system begins to destroy the cells that produce melanin, the chemical that gives skin its color. It usually starts with small white patches on any area of the body. These patches may grow larger over time and appear on different parts of the body.

Although it’s not hereditary, it does appear more often in people who have a family history of this skin disorder or other autoimmune diseases. Vitiligo can start at any age but typically appears before age 30. Although Vitiligo affects men and women and all races equally, it is more noticeable in individuals with darker skin tones.

Vitiligo usually first manifests as multiple spots on both sides of the body in a symmetrical pattern. However, there are several different patterns that Vitiligo may progress over time. These are the most common.

Generalized. The most common type of Vitiligo, depigmentation occurs in various places over the whole body.

Segmental. Pigment loss is restricted to one area or one side of the body.

Focal. White patches are in a small isolated area that does not spread. This type is pretty rare.

Universal. When generalized vitiligo covers most of the body, around 80%.

Mucosal. Spots only appear on mucosal parts of the body (lips, inner nose, and genital areas)

Acrofacial. The affected skin is on the face and hands.

The cause of vitiligo is still unknown and there is currently no cure for it. Luckily, this skin disorder isn’t life-threatening or contagious. Nor can it “spread”. The goal of treatment is to create a more uniform skin tone. This is done by either restoring color or removing any remaining skin pigment. Although treatment may help bring back the color of the affected skin, it doesn’t stop future color loss from happening. Some of the different types of treatment include.

Vitiligo itself isn’t painful. And for the most part, is a cosmetic issue. However, there are still some problems that are associated with the disorder.

Sunburn. Areas of skin that lose pigment are more susceptible to sunburn. It’s important to take extra precautions for skin protection. Proper SPF, protective clothing, and avoiding sun exposure during the hottest hours of the day are some examples.

Social or psychological distress. People with Vitiligo may feel embarrassed or anxious about their skin’s appearance. This may develop into low self-esteem or depression. Speaking to a healthcare professional can be helpful in finding a solution.

Eyes. In some cases, Vitiligo can affect the eyes. causing some abnormalities in their retinas, and color variation in their irises.

Since treatments for this skin disorder take time, it will probably be a while before I know if the creams are working. At some point, I’ll do an update and let you know what’s worked.

How Do I Lose Weight with Hashimoto’s?

My Healthy Habits That Are Non-Negotiable

Summer Bodies Are Made In The Winter Get To Know Me

I'm a lifestyle blogger, adventure seeker & full-time Mommy. I have a passion for all things beauty-related, fitness, fashion, travel, and healthy living. Purfect Sunday is where I share everything I learn along the way. 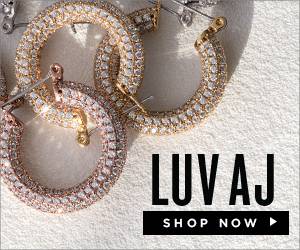 monti_wheeler
•
Follow
G I V E A W A Y with @ukje.baby!This week we would like to make someone very happy with a @ukje.baby item of your choice. The winner will be able to choose anything from the Ukje.com website! One lucky person will receive a beautiful, tailor-made cover for their car seat, high chair or stroller. How awesome is that?All you need to do!♡ Follow @monti_wheeler and @ukje.baby ♡ Like & save this post ♡ Tell us which item you would like to win in the comments and tag 2 others! ♡ Sharing this post in your story is sweet but not mandatory! ⠀ We will leave the giveaway running for a week and announce the winner on 5.14.2022Goodluck!*This promotion is in no way sponsored or administered by Instagram ** The winner will be chosen impartially
View on Instagram |
3/4